Founded in 1937 in the historical center of Bologna, the restaurant is located in a strategic position: close to major hotels, train and bus stations – , right near to Via Indipendenza, Downtown Bologna.
The restaurant is located in an ancient undergorund coal storage. From ancient times, the typical architecture with stone ceiling vaults has been restored and preserved. The result delivers the right atmosphere, cozy and welcoming: ideal for enjoying the emilian and bolognese traditional meals.
Our family took over the restaurant management in 1982. Under his watchful eye, Alberto, chef and culinary expert, preserved and improved Ristorante Bolognese. After years of close collaboration and coaching, he passed the daily management to his sons Daniele and Cristian.
We accepted the challenge by putting our constant effort in the selection of raw ingredients and products allowing us to enrich the quality of our meals and of our wine selection.
Our kitchen is managed by experienced chef Alfredo Morisi, who has been teaching twenty years in the Bologna old ScuolaAlberghiera.

Ristorante Bolognese is air-conditioned and has a summer cozy veranda.
The two rooms can host 25people each and are particularly suitable for business group meals.

We accept all major credit cards and we are closedon Sundays. 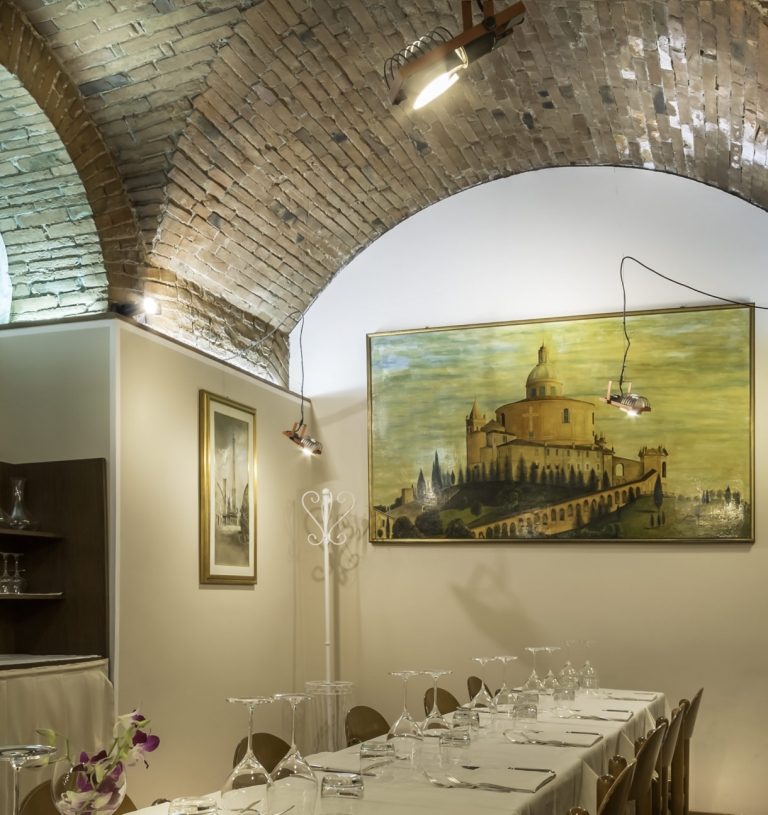